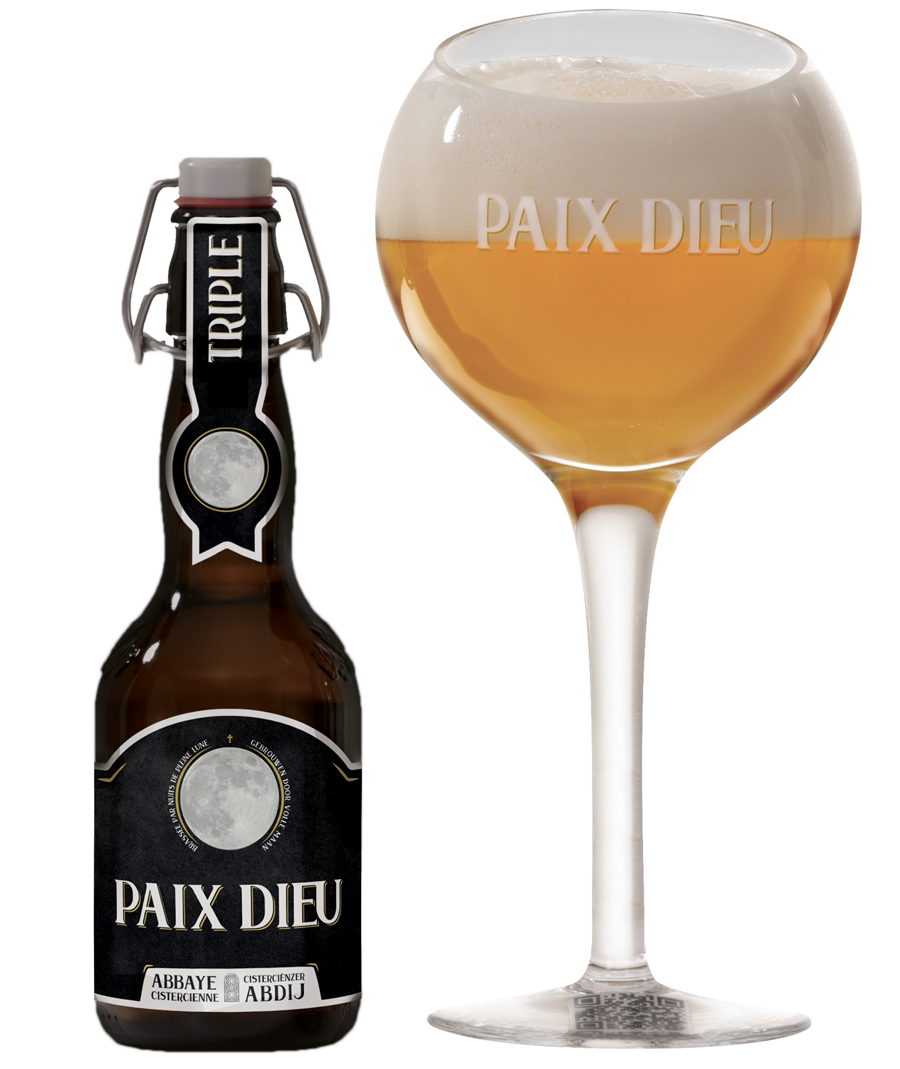 This beer was once produced at the Paix Dieu abbey, where the lunar calendar played a central role. In order to preserve the soul of the abbey, the brewery imposes the rigour of brewing only during the full moon.

A 10% triple, smooth and full of character; a traditional beer in the purest tradition of Belgian abbey beers.

The Paix Dieu on tap and its “Prestige” glass are reserved for a network of “Ambassador” establishments, which distinguish themselves by the quality of their service and their knowledge of the product.

Register to be kept informed of our latest news.